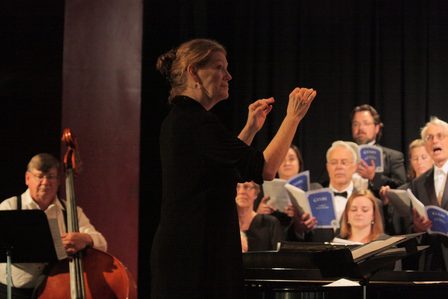 Since 1978 Barbara Wygal Lutz has been involved in many of the artistic endeavors of the Greenbrier Valley. After helping establish the chorale in 1990, she has since conducted the community choir in more than 60 concerts. Her work with young people includes being guest conductor and clinician to various choral groups, instructor of drama and music camps, director for student musical theater productions and seventeen years as a music educator at Alleghany High School in Virginia. Currently, she is on the faculty at Greenbrier East High School where she directs three choirs and is a piano lab and music theory instructor. Over the years, she appeared in and was musical director for productions with the Greenbrier Valley Theatre and the Charleston Light Opera Guild and has sung in many revues and benefits. She is a member of the American Choral Directors Association and the Music Educators National Conference. At West Virginia Wesleyan College she studied voice and conducting with Larry Parsons and has studied with such renowned conductors as Joseph Flummerfelt and Andrew Megill (Westminster Choir College) and Rene' Clausen (composer, conductor, Concordia College). In 1997, Mrs. Lutz was selected by audition to perform in the prestigious Professional Training Workshop directed by the late Robert Shaw, singing Mendelssohn’s Elijah at Carnegie Hall, New York. She lives in Lewisburg, WV with her husband, Joseph. 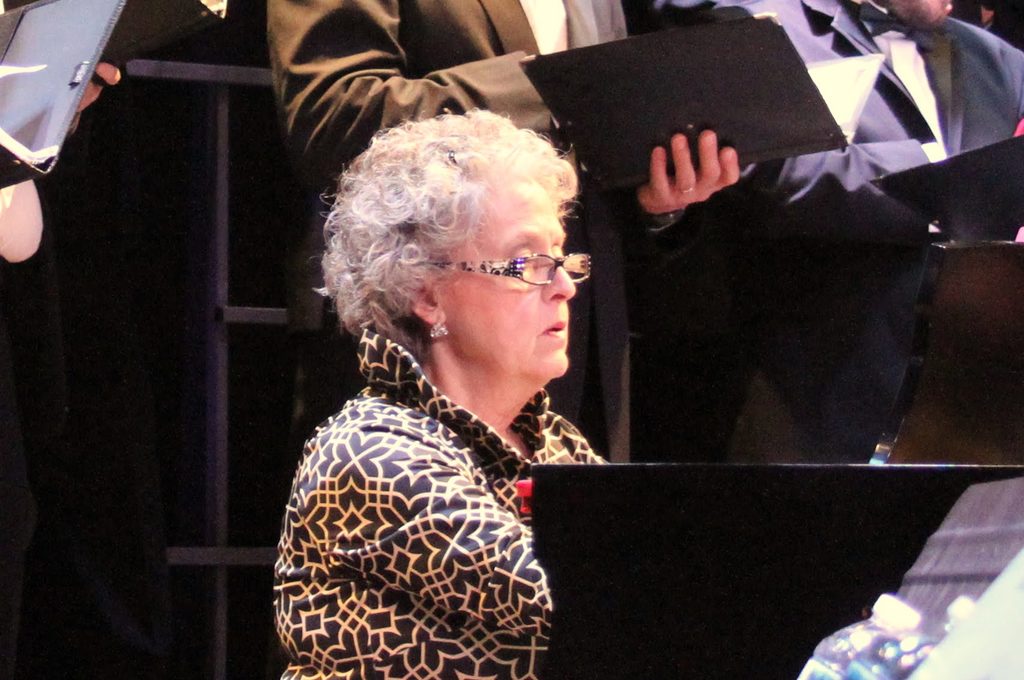 Teresa D. Bryant has served as accompanist for the Greenbrier Valley Chorale for more than 20 years. She is presently the music specialist at Ronceverte Elementary School and prior to that taught choral music, piano, music theory and music appreciation at Greenbrier East High School for 15 years. Mrs. Bryant was also responsible for the implementation and instruction of the Orff/Kodaly music program in the Covington, Virginia city school system.  Mrs. Bryant holds Bachelor’s and Masters’ degrees in Music Education from Radford University. She has been an accompanist for All-Regional honor choirs at the Virginia Music Education Association State Convention and was the accompanist for the West Virginia All-State Children’s Chorus from 2000-2011. As an accompanist, she worked with nationally-renowned conductors such as composer, Sally K. Albrecht, American Boy Choir conductor, Dr. James Litton, Indianapolis Children’s Choir conductor, Henry Leck, and composer and arranger, Andy Beck. She continues to accompany vocal and instrumental soloists and is an active solo performer herself. As a student of Dr. Lloyd Zurbrigg, Mrs. Bryant conducted a studio for private piano instruction while she was a student.  She and her husband Jeff are the parents of two sons Nathaniel and Carrington.

Donating to the Chorale

Help us keep the music coming!

Stay up to date on all upcoming events